Will the iTV be announced on 1 September?

iTV? If you’re in the UK, you’re probably already thinking about iTV, the domestic broadcaster. Fear not, Apple is not taking over iTV! 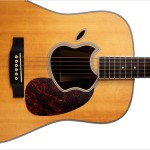 The now annual Apple music event, which usually focused on the iPod, is taking place on the 1 September 2010. The various Apple related blogs have been predicting that Steve Jobs  will announce a long overdue update of the Apple TV at the event. Many blogs also reported that Apple plan to rename the device previously know as Apple TV to iTV. This will bring the device in line with the iMac, iPod, iPhone and iPad naming convention that Apple uses.

The Apple TV, which was officially announced in early 2007, has sold over a million units since it launched. Despite the initial success, Apple does not actively market the device and continues to refer to the Apple TV as a hobby. Since it first launched, the Apple TV, which strangely enough was originally going to be called iTV, has only received minimal attention from Apple. There have been minor updates to the FrontRow software since first launched. FrontRow is an Apple application that allows media to be accessed on a TV using the Apple remote.

In it’s current form, the Apple TV, runs a stripped down version of Mac OS X 10.4.7, which together with a specific implementation of the Apple FrontRow application provides the core software that drives the Apple TV. This means that Apple currently maintains 4  Mac OS X based operating system flavours, the other 3 are  Mac OS X, Mac OS X Server and the recently named iOS (used to be called iPhone OS).

It’s not difficult to conclude that having Apple TV run iOS makes alot of sense. This change will bring the Apple TV in line with the other Apple devices. It also opens up the Apple TV to the whole Apps universe. Currently the Apple TV cannot be modified to run other applications besides FrontRow.

There does exist a niche group of dedicated Apple TV fans, that have released software to workaround the Apple TV limitations. These workarounds or “Hacks” as they are referred to, allow Apple TV owners to use the device as a more fully functional media centre. These diehard fans have proven that a market does exist for an enhanced Apple TV device.

My prediction is that Apple is not quite ready yet to announce a new Apple TV.

This entry was posted on Sunday, August 29th, 2010 at 10:55 pm and is filed under Apple Inc. You can follow any comments to this entry through the RSS 2.0 feed. Both comments and pings are currently closed.